Alexandre Camacho champion of RVM second year in a row! 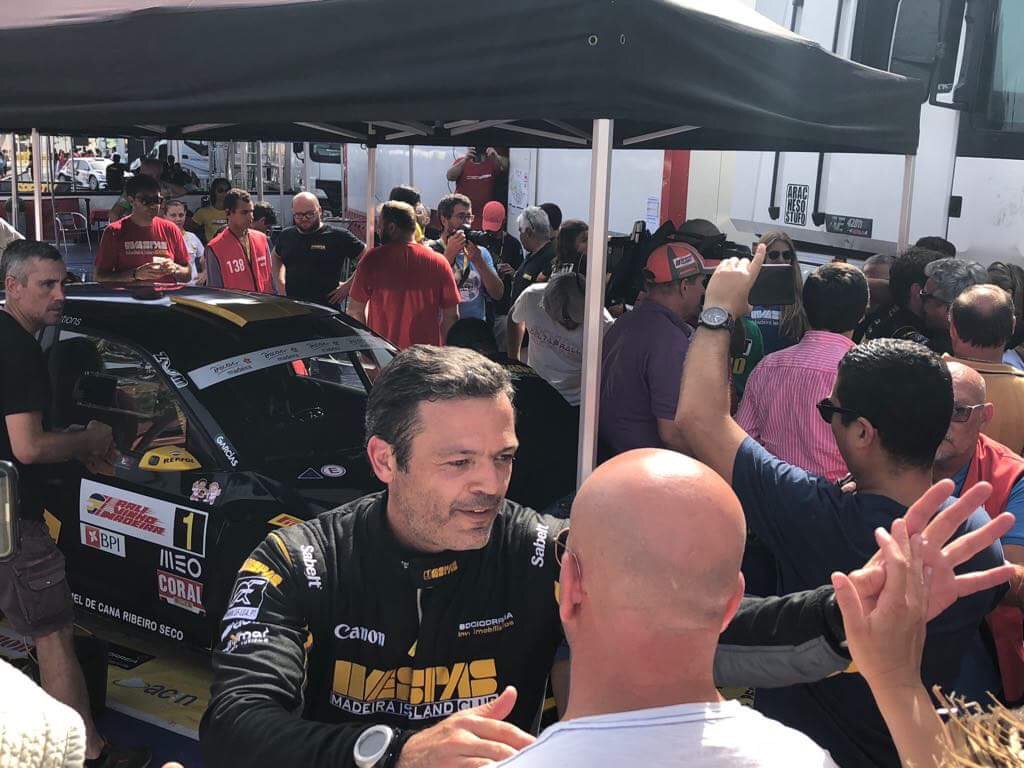 In the end of PEC19 (Rosário 2) the RVM 2018 winner celebration party started! Alexandre Camacho is the Rali Vinho da Madeira champion for the second consecutive time. After dominating this rally, he summed up sixteen 1st place, one 2nd place, one 4th place and one 11th place (in SS Avenida do Mar).

The 6th section of RVM started with Alexandre Camacho leading after winning the PEC16 (Câmara de Lobos 2). In this classification, he improved his time in comparison with the first round (00:07:26,5). Notice that this PEC we had only Madeirian drivers in the top 3, Miguel Nunes was second (00:07:31,4) and Pedro Paixão third (00:07:32,1). José Pedro Fontes held the 4th place.

During the PEC18 (Ponta do Pargo 2) Alexandre Camacho had a hole in his tire, which added 11 seconds in comparison with the first round. The driver lowering in the ranking. Miguel Nunes was first (00:07:51,5), surprisingly Rui Pinto took the second spot (00:07:55,6) and José Pedro Fontes third (00:07:57,1). Alexandre Camacho managed to hold his fourth place (00:07:59,6). In the overall ranking, this obstacle to the Vespas Team shortened the gap between Alexandre Camacho and Miguel Nunes with 32,6 seconds.

In the same SS, Miguel Barbosa had an accident when he was trying to add important for the points for Campeonato de Portugal de Ralis. Consequently, the Madeira native Pedro Paixão rose to the 4th position in the overall ranking.

At SS 19 Rosário 2 Alexandre completed the race without any trepidation, reaching the first place once again (00:07:01,6). In total, the pair Alexandre Camacho/Pedro Calado raced for a total time of 02:10:21,5.
Nonetheless, the race was interrupted due to a fire in the vehicle of  Pedro Paixão. The Clerk of the Course decided the timings to the Ricardo Teodósio/José Teixeira and to the rest of the drivers.

Miguel Nunes took the second position in the overall ranking, 39,1 s apart of the winner. José Pedro Fontes closed the podium at 00:02:10,1 from Alexandre Camacho.

When Alexandre Camacho arrived at the Park of Service he was received with joy. He admitted that it was "a tough rally". "The rally was tough, the competition was not easy and the weather did not help, but we succeeded and we are very pleased with it" he highlighted. The second-ranked participant, Miguel Nunes, confessed: "he could not do more than he did". "Alexandre was a very strong competitor and he was able to always be the fastest". When putting in perspective, "we still did better than last year" he reflected.

José Pedro Fontes,3rd ranked, stated he "came to win". "There was a lot of work involved in making this car and we are going to try to win the next two rallies of Campeonato de Portugal and then we will see the overall score”, he mentioned. 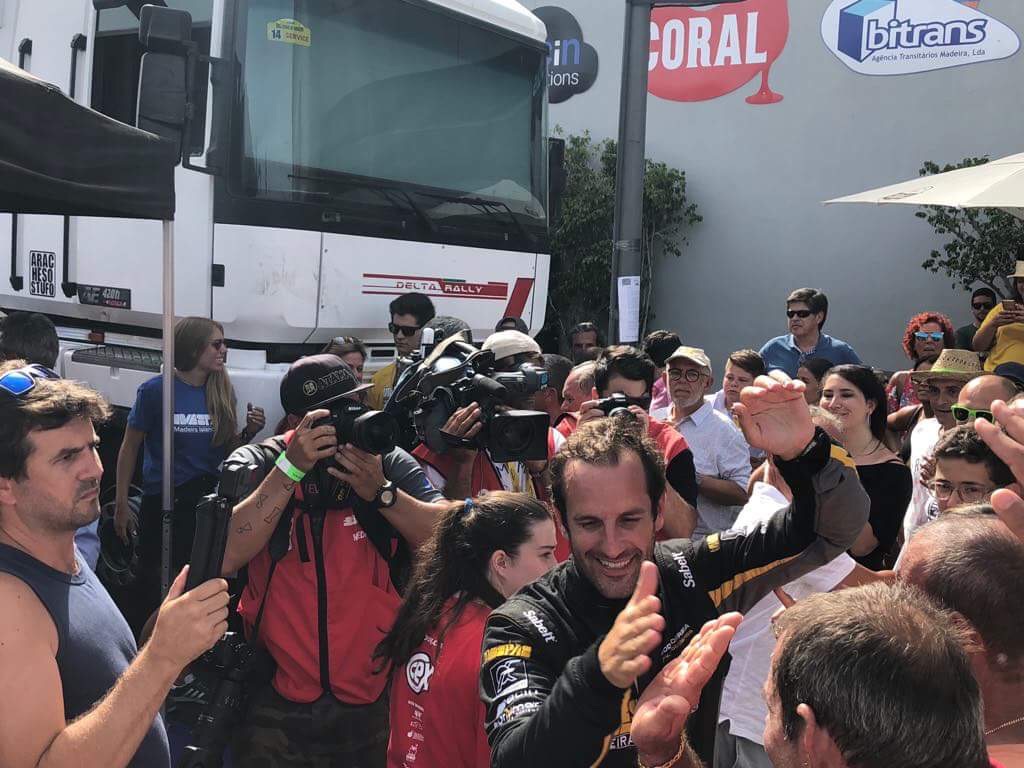