Skip to main content
Home /How is the Portuguese Championship of Rallies doing?

How is the Portuguese Championship of Rallies doing?

This year there have been three National Motorsports Championships, Terras d’Aboboreira, 30th April to 2nd May, Portugal, 20th to 23rd May, and Castelo Branco, 11th to 13th June. The national Champion Armindo Araújo was the second in the debut stage but was the best in the other two, becoming the standing leader. Winner in the first competition of the year, Ricardo Teodósio has been less regular, as he was second and then third and is the driver closer to the leader, with a drawback of 7 points. In the lowest place of the podium is, for now,
Bruno Magalhães, who has three fourth places in three competitions with Hyundai i20 R5. Right behind him is José Pedro Fontes was sixth in both competitions performed in gravel. Nevertheless, he has improved to a third place in Castelo Branco, already in tarmac. As for Bernardo Sousa, he was the fifth in the opening competition and almost the leader of rally that is also for the WRC, however, he ended up late in the last competed rally. Miguel Correia has been showing an evolution, was the third in Terras d’Aboboreira and fifth in Castelo Branco, unfortunately, he withdrew from the most important competition of the calendar.
After this competition, are yet to be performed Mortágua, Alto Tâmega, Serras de Fafe e Vidreiro Centro de Portugal rallies
Standings: 1st Armindo Araújo, 76; 2nd Ricardo Teodósio, 69; 3rd Bruno Magalhães, 44; 4th José Pedro Fontes, 37; 5th Bernardo Sousa, 36; 6th Miguel Correia, 30; 7th Paulo Neto, 24; 8th Pedro Meireles, 18; 9th Diogo Salvi, 8; 10th Gil Antunes, 7; 11th Manuel Castro, 6; 12th Fernando Teotónio, 5; 13th Daniel Nunes, 2; 14th Alexandrino Dinis, 2; 15th Paulo Barata, 1. 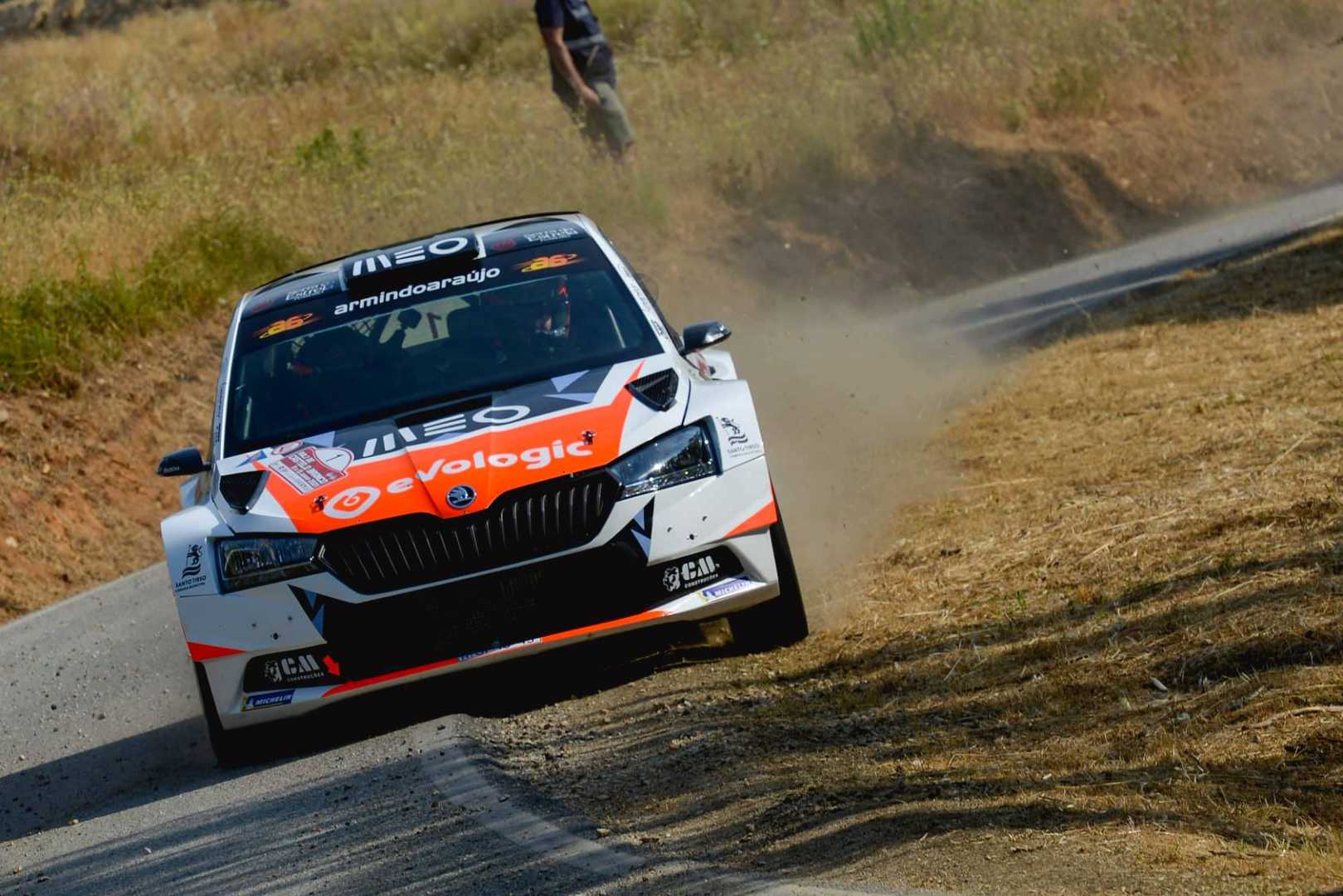