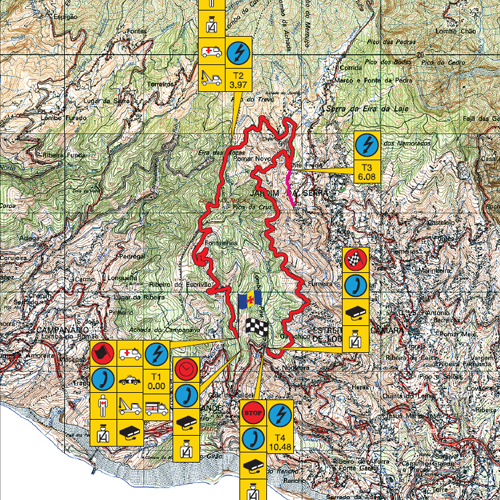 Câmara de Lobos started, a few years ago, Rali Vinho da Madeira and it is competed between Caminho das Fontainhas and  Ribeira Garcia Street. It is divided in two, the first on a rise and the other one coming down. It shifts from some straight lanes to some very technical curves and even a few sequences of “hooks” that allow a better show. It also has forest and agricultural areas with nearby houses. 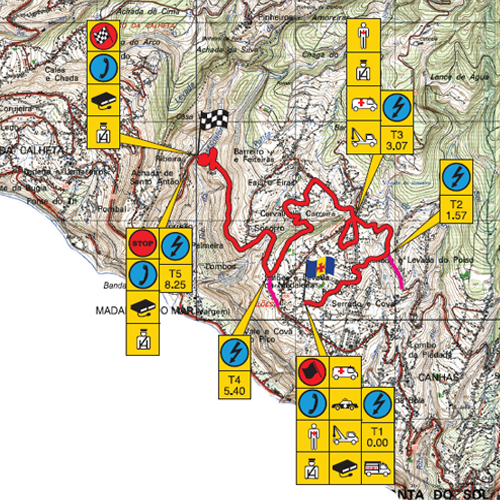 Ponta do Sol begins in Vale e Cova do Pico road and shifts to very fast areas having, throughout the route, a few hooks until reaching Carvalhal, a traditionally stage show in the neighbourhood roads until the town’s stadium. From there, it goes down in a very steep, rough route until the last few metres of the stream in Madalena do Mar.
Accesses:
Via Ponta do Sol: by Lombo do Meio Road, by Eng. Ribeiro de Sousa Street and Regional Road 222 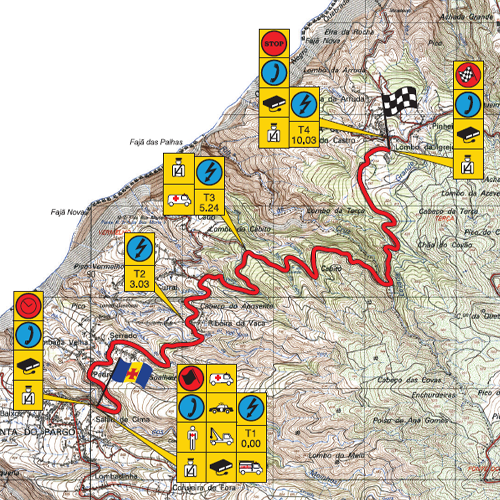 This special stage, whose rating is mostly determined by the skills of the drivers, as it is very demanding in the sequence of long hooks and quite close curves in both directions. Its road floor ca be very wet in the areas covered by the shadow of trees and very dry in the open places. As it is quite similar during its whole extension, demands a good progress rhythm.

Accesses:
Via Ponta do Pargo: town road that leads to Pedregal and Serrado. 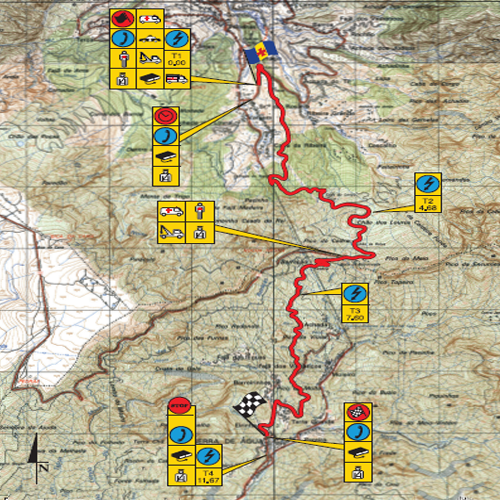 Crosses the island in an imaginary line between São Vicente and Ribeira Brava since Rosário to Serra d’Água, through Encumeada. It demands a lot of driving up to Encumeada and then a great rashness in the vertiginous down. It is one of the special stages that gathers more spectators in the rally.
Accesses:
Without alternative roads, it is recommended to get there earlier for the stage’s start and finish.