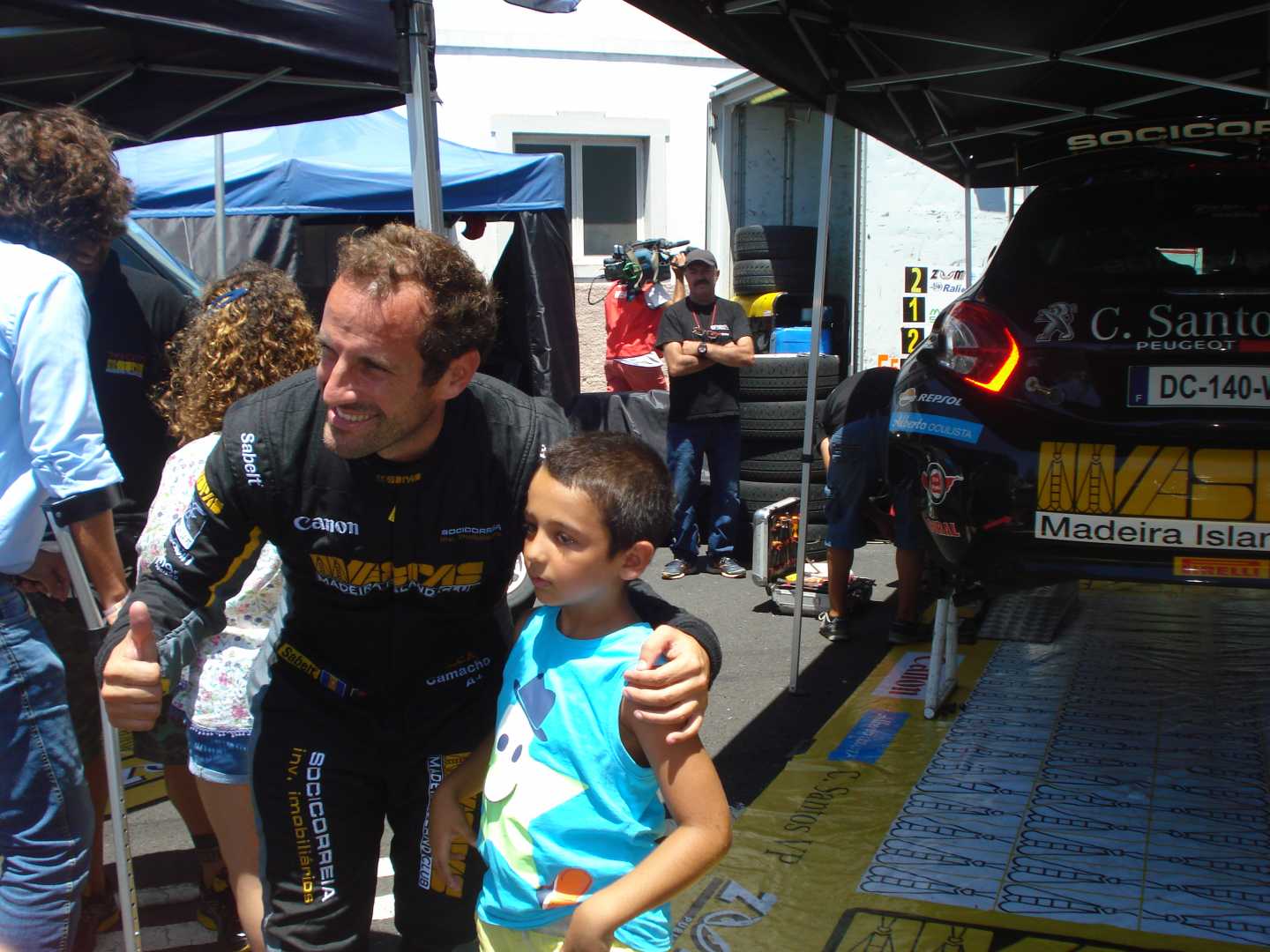 SS14 (Ponta do Pargo 1) dictated a turning point in the top spots in the overall standings in this edition of RVM. Due to a problem with the a rotor , Miguel Nunes was forced to give up, at a time when he was leading the race, passing the first place to the duo Alexander Camacho/Pedro Calado.

Then, in SS14 (Ponta do Pargo 1), with wet abrasive tarmac, Miguel Nunes breaks a rotor on the Hyundai I20 NG R5. After attempting to resolve the problem, Miguel Nunes had to eventually give up. In this event, the world driver Stephane Lefebvre also quit due to a mechanical failure in his Citroen DS3 R5.

Upon arrival to the Service Park, Alexander Camacho/Pedro Calado were met with applause and many fans who wanted to take pictures and ask for autographs. Alexander Camacho said this morning has been "an intense fight" and regretted what happened to Miguel Nunes. "Unfortunately, sometimes the machines give way, I feel sorry for him because he was doing an excellent rally, but now we have to think about us, we have the Basso just behind", he stressed.

Basso was also greeted with clapping and praised the "very high" of the leader. "It will be a very big fight this latest stage", stressed, expressing also dismay by the misfortune of Miguel Nunes.

João Silva, third-placed, ensured that now will fight to keep the "podium finish." "We are going to defend our place," he stressed.

At this moment is held the Ceremony of the Podium, where the pair Alexandre Camacho / Pedro Calado has already been consecrated as champions!

SS 19 - Rosário 2 will put an end in the Race. Camacho is in the 'poule position' to win, but Basso promiss fight till the end!